As we sail around the world, home is wherever we drop our anchor. Along the way we, like sailors of old, tend to pick up little bits of the local vernacular; in the Caribbean, it’s customary to greet with a friendly ‘Good Mornin’, in Thailand ‘Sawadee-Kai’, or Indonesia ‘Selamat Pagi’.

Here in Wales and around Liverpool we’re greeted with a chirpy ‘Hiya’. Of course the Welsh also have their own language which to the unlearned appears to have more consonants than vowels (classic example is the village in North Wales with the longest name in Great Britain: Llanfairpwllgwyngyllgogerychwyrndrobwllllantysiliogogogoch, translated into English is “St Mary’s Church in the hollow of the white hazel near to the rapid whirlpool of Llantysilio of the red cave”). Although I was born in North Wales, there’s little chance of me learning Welsh at this stage of my life, except for one phrase ‘Iechyd Da’ (ie: cheers!).

Leaving Dublin early one morning the trip to Holyhead on the island of Anglesey, North Wales, was a pleasant 60nm motor sail directly east. The entrance to the Holyhead Marina is accessible at all states of the tide, with a wide entrance and long visitors dock at the marina from where you can tie up and visit the friendly marina office. We had considered going into Liverpool and looked at alternative anchoring/marina options along the North Wales coast, but with spring tides of 10 metres, incessant 25kn+ winds and bad reviews on some of the marinas, we decided to stay at Holyhead, where we can make a quick exit. Holyhead Marina has excellent shower and laundry facilities, with a well stocked chandlery, cafe and bar/restaurant on site too. The village of Holyhead is 15 minutes walk away.

Holyhead has a large ferry terminal with regular ferry service to Ireland and a railway station that links to the National Rail network. Holyhead is a quiet town, and would benefit from a coat of paint and improved foreshore work to make this a delightful tourist hotspot.

Until then, there’s a plethora of charity shops, a few hairdressers and barbers, cosy pubs and even a small cinema to keep the locals entertained. On a blustery afternoon we went along with dozens of locals to watch Stephen King’s ‘It’. Centuries old St Cybis Church surrounded by a Roman fort is in the centre of town.  A little newer and not too far away are plenty of supermarkets – Lidl, and a little further on is Tesco, Asda and Morrisons.

There’s plenty of walks around Holyhead. The Breakwater Country Park with walks to North Stack and South Stack offer peaceful trails lined with blackberries and nettles.

The old quarry at the Breakwater Country Park provided the rocks to build the 2.4km breakwater – the longest breakwater in Britain. Now there is a cafe and an old brick works displaying artworks and old photos of the area. 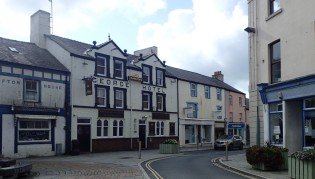 Where it all started..my life that is!

I had a few places I wanted to visit so we hired a car. I visited my first home, the place I spent my first few months before my family migrated to Australia.

From Bangor we traveled to my family’s home-town of Liverpool. Liverpool is only a two hour drive from Holyhead along the North Wales coast.

We could have berthed at Albert Dock at Liverpool, but I’m glad we didn’t as it wasn’t particularly inviting for yachties. Navigating the Mersey River at spring tide is one thing, but planning the escape – wind, tides – could have been troublesome.

Liverpool’s Maritime Museum had lots of information about the Liverpool Blitz of 1940-42, the sinking of the Lusitania, the Battle of the Atlantic from WWII, the Merchant Seamen and the history of ship-building in Liverpool.

Also at this venue is the Slavery Museum which acknowledges that the prosperity of The British Empire was achieved through the misery of the slave trade. 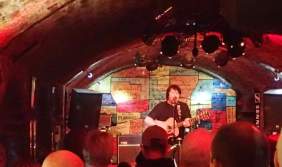 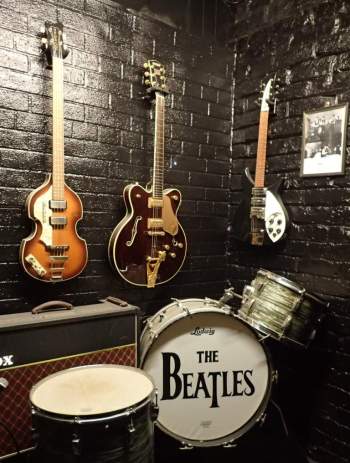 A walk around town weaving our way through hoards of tourists and Scousers, we take a detour into The Cavern Club – rebuilt with original Cavern Club bricks and reopened in 1984. It’s a good place to sit and drink a beer and listen to live Beatles covers on stage. As we drove out of Liverpool, we took a route which took us by the old terrace houses where my relatives lived in years gone by. 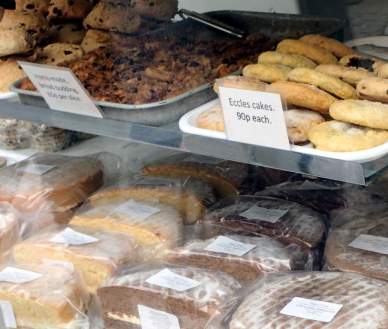 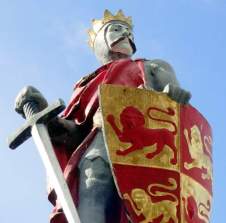 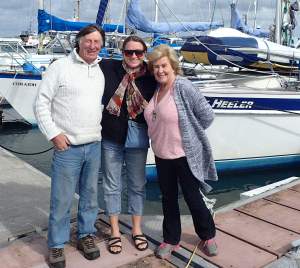 Arthur, Ally and Julie at Holyhead

We also managed to catch up with relatives – my second cousin Arthur and his wife Julie live on Anglesey and came to Holyhead for a tour of Blue Heeler. Great to see them after so many years.

I also caught up with a distant cousin who has an interest in ancestry. My third cousin Ann and her husband Harry drove us around Liverpool and in particular around the area where they grew up, which also happened to be near where Paul McCartney and John Lennon grew up.

They took us along Penny Lane to view the Sgt Peppers roundabout, by Strawberry Fields (an old Salvation Army children’s home) and even the church where Eleanor Rigby is buried. Ann told us stories of the 1960s and what life was like back in those days. This area of Liverpool is quite beautiful with big parks and streets lined with old trees and lovely old houses. They pointed out the house where John Lennon spent his youth and I found myself humming a few of The Beatles tunes as we went along. It’s great to meet relatives along the way and I hope to meet up with others during our UK visit.

But I can’t finish this post without mentioning Hurricane Irma. St Martin, our temporary home over three seasons, has been destroyed by this incredibly destructive hurricane. St Barts, the BVIs, and other places we’ve visited will now take months, if not years to reconstruct. I really feel for the locals – the guy who fixed my shoes; the girl who cut my hair; Mike at Shrimpy’s; Hyacinth at The Business Point, and other businesses that support the yachting community – have no option but to stay and rebuild their livelihoods.

Holyhead was whacked with 60kn the other night – the first named storm of the year – Storm Aileen battered the UK leaving many without power and trees blown over with wind up to 85mph. We certainly woke up abruptly as it lashed Holyhead. The newspapers reported it as “Hurricane hits England”, but it was nothing like 180kn winds.

So in a day or so the wind will finally blow from the north so we can make a move south. The gales are coming more regularly now and will only intensify as winter approaches. We need to sail our floating home around to the south coast of England, soon.

Sailing the world aboard Blue Heeler
View all posts by blueheelerhr39 →
This entry was posted in 2017, North Wales & Liverpool and tagged Anglesey, Holyhead, Liverpool, North Wales, The Beatles. Bookmark the permalink.