The Small Isles located south of Skye on Scotland’s west coast comprise Muck, Eigg, Rhum and Canna. On a calm day from Loch Scavaig, we motored 15nm to reach the island of Canna, the most westerly island in this small archipelago. 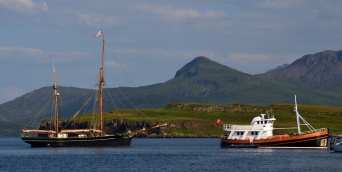 Over twenty yachts filled Canna’s harbour, but by mid morning the following day, most had departed. Ten yellow moorings are available for yachts, while others can anchor in the middle of the harbour. Blue Heeler anchored near to the landing ramp so we took the dinghy ashore, dragging it up the ramp and out of the way of larger vessels.

Three churches are dotted on the island, a sign of a healthier population of years gone by. I believe the population of Canna is somewhere around twenty people, with many more hairy ‘coos’ and woolly ewes. The Canna Cafe is the only venue to go for a bite to eat, but it’s closed on Tuesdays. It’s also the only place to connect to WIFI as there’s no 4G signal at the island. Next to the cafe is the Community Shop, where an honesty box sits on the counter for customers to make their own purchases and to pay for use of the moorings. 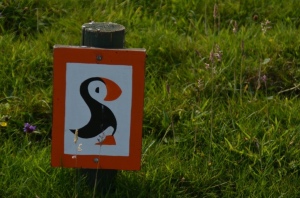 Despite having spent so many weeks from Shetland, Orkney and down to Canna, I hadn’t seen many puffins, except for an odd one darting away from the bow as we sailed along. On the southeast corner of the island of Sanday, linked to Canna by a vehicular bridge, is the Puffin Stack. The walk takes around three hours return from the wharf. The day started off grey, but after 90 minutes walking following orange puffin signs, we found them.

The Puffin Stack is inaccessible to all but birds, mostly hundreds of orange beaked puffins. I setup my camera on its tripod, but the distance was just a little out of range for my 300mm lens. No matter, we sat and watched the behaviour of these comical little birds. They are particularly cute when they come in to land, with their little webbed orange feet spread out while their little wings flap madly. 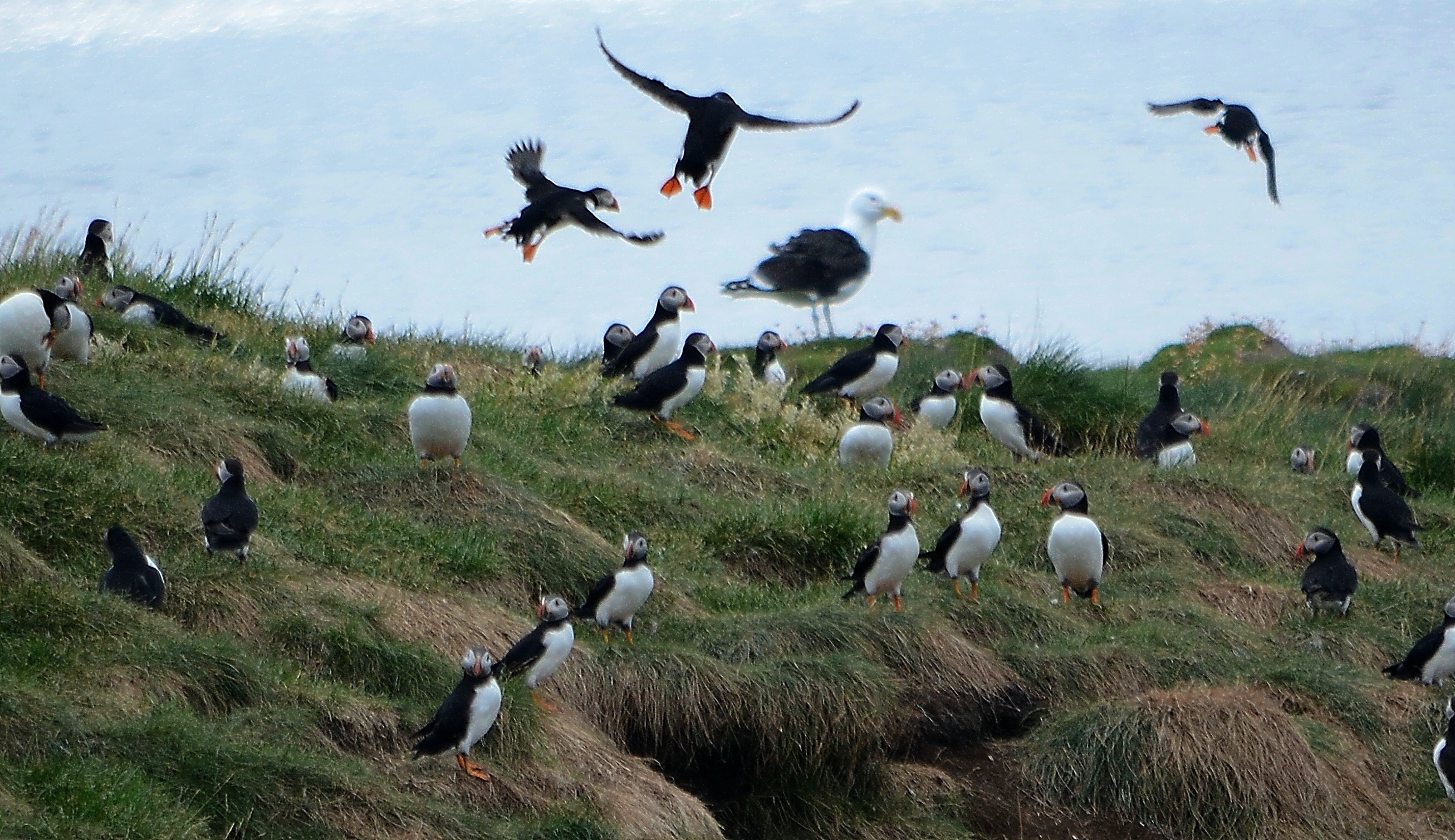 Not so cute was a Great Skua, who decided Wayne was his, swooping numerous times but never hitting its quarry. The attacks lasted for a good couple of hundred metres and it was quite amusing to listen to Wayne laughing as he swatted away the low-flying bird. 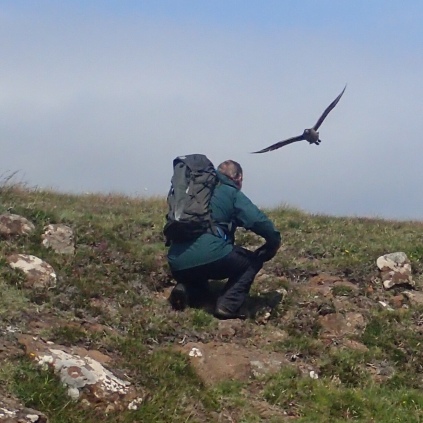 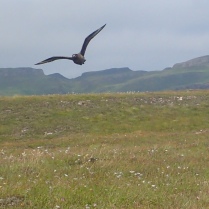 On our return, we stopped at the closed café to check the weather from the WiFi access then headed back to Blue Heeler. The next day’s forecast promised winds up to 30kn, so we setup the anchor sail and tucked in for a day aboard.

As expected, on Wednesday the blow came through around 9am but quickly blew itself away by 4pm. After this, the sun came out and yachties dinghied across to the cafe to buy food and check emails. We also went across for a drink and check the weather. We would leave this interesting island the next day. 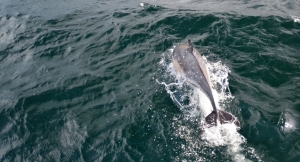 Making good use of the southwest wind, we decided to go north to Stornoway on the Isle of Lewis, but as it was over 80nm north, we anchored half-way in Loch Dunvegan. Winds up to 25kn on the beam kept seas slightly rough as we made our way to arrive at 5.30pm, dolphins escorting us for much of the way in. We anchored into the bay near Dunvegan, on the west coast of Skye, just east of the moorings and away from the underwater cable.

The following morning with 50nm to reach Stornoway, after a terrific sleep we left a little later than expected and ended up having a great sail across to the Outer Hebrides. Since our arrival in Stornoway would be around 8pm, we decided to stop at Loch Shell, 15nm south of Stornoway and have a free night on anchor.

The next morning we sailed to Stornoway – the largest town in the Hebrides.

Below: Cats Galore! A Children’s Trail of cats are dotted around the island of Canna. 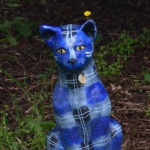 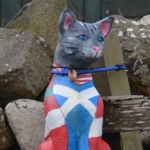 Sailing the world aboard Blue Heeler
View all posts by blueheelerhr39 →
This entry was posted in 2019, Scotland and tagged Canna, Dunvegan, Hebrides, Puffins, Scotland, Stornoway. Bookmark the permalink.
Loading Comments...
%d bloggers like this: