A year ago in early 2020 we were in the midst of completing major projects aboard Blue Heeler, fine-tuning everything aboard to reach our goal of returning to warmer climates to the south. I seem to recall confidently announcing something along the lines of “Now we’re on our way back to Australia…”. At the time I couldn’t have foreseen a year such as it was. None of us could. 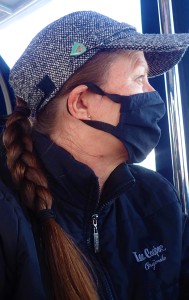 By July 2020 we’d ummed-and-ahhed whether to stay in the UK, or cut and run and continue on our voyage south. As the pandemic overwhelmed countries one by one, the uncertainty around quarantine rules and border crossings became as clear as mud. So we made the decision to sit and take a wait-and-see approach.

The number of global COVID deaths over the past year is staggering and news of mutant strains is a little alarming. Here in the UK, over 120,000 poor souls have succumbed in the UK; while just the past month the US has lost 100,000 people – a very sad year for many families.

Some brighter news; the UK vaccination program has jabbed around 15 million people since the rollout two months ago. The population is divided into a number of priority groups with the elderly, vulnerable, health and essential workers high priority. The Government is working towards those in the top nine priority groups to be offered their first jab by May, and as we are in the eighth priority group we hope to be included in the vaccination program within a few months. They hope to vaccinate every adult in the UK by July. The Government has issued a ‘four-step roadmap’ and all being well, some non-essential businesses will open after 12th April, but this all depends on the efficacy of the vaccinations, etc.

Meanwhile down-under, the Australian Government Department of Foreign Affairs and Trade (DFAT) has placed ‘Do Not Travel’ advisories on 177 countries. While this makes sense from a pandemic viewpoint, these sweeping advisories nullify travel insurance for all medical emergencies, as policies typically state they won’t cover countries with a travel warning/advisory in place.

Five months have passed since we entered Southsea Marina, and we have one month left on our winter berth contract and we’re hoping we can leave at the end of March. I’m really looking forward to some warmth and would love to return to places where I can swim and don’t have to wear layers of coats, gloves, hats, boots, etc.

Our immediate plan is to have Blue Heeler hauled out for some annual maintenance in April then back on the water. After that, things get a little blurry…

Until then, we keep busy and stay focused on the future and whatever it may bring.

We’ve had some comments from readers interested in Wayne’s Raspberry Pi project. He’s certainly kept himself busy over the past few months learning how to build a simple computer from scratch and customise it for specific use on the boat.

During the cold dreary winter, he’s enjoyed working in the warm cabin doing interesting projects, rather than the usual jobs neck-deep in engine oil or bilge filth.

For those following the progress, here’s an update.

The SensESP board under construction

Wayne has undertaken two projects – The RaspberryPi Mini-Computer which I mentioned in my last post. Since then, he’s also built additional systems using SignalK and SensESP.

The Shelly 1 WiFi-operated 16A relay switch

His second project is setting up automated systems for gathering data or remote controlling switches accessible via the iPad. For this project he’s used a combination of ESP8266 Internet Development Board Modules or Shelly1 Home Automation Switches connected to various sensors. These can be bought from Amazon or gadget shops. Information on how to setup these systems are easily sourced via the Internet.

Connecting through our on-board WIFI router, useful diagnostic data configured through Node Red is displayed to the iPad via the WilhelmSK app. This includes useful data such as engine room temperature, house and starter battery voltages, outside/inside humidity/temperature/pressure, etc.

The Shelly1 switches integrated through our WIFI allow access to remotely operate electrical switches on the main control panel. Essentially, any switch on the control board can be automated via WIFI using the Shelly1. (In the image above, you can see the switches located in the centre-bottom of the image). These WIFI automations enhance the already hard-wired switching and allow for remote controlling. So far, Wayne has setup on/off switching for the engine’s additional high-output alternator, the seawater washdown pump, a water pump for the watermaker, with plans to automate other switches too.

While we don’t plan to fully convert our vessel into a ‘Smart Boat’, there are immediate benefits of just the automations above. For example, while I’m hosing off a muddy anchor from the bow, Wayne can remain at the helm and turn the seawater pump on or off at the iPad while keeping an eye on my progress at the bow. There’s no need to run below to turn off switches. 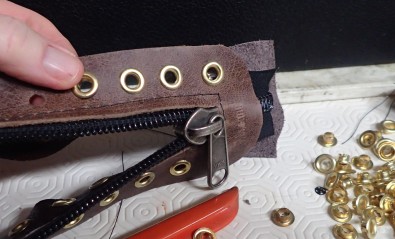 So, while Skipper’s attempting to make our boat ‘smarter’, I’ve stayed busy keeping the boat cleaner, tidier, dryer and well stocked, and preparing it for our ongoing voyages. I’ve whipped up a few more courtesy flags, but with no idea which direction we’ll take, or where we’ll be allowed entry, I’ve had to consider all possibilities!

Where to? Morocco, Panama, Columbia??

Early February brought the Beast from the East, with cold wind blowing in from Siberia. This week though the conditions are a little warmer, and there’s a whiff of spring in the air.

Despite a cold and damp winter in lockdown, our time here has gone by quickly and we are both very keen to go. Anywhere. Just to be out sailing. That’s our goal.

Sailing the world aboard Blue Heeler
View all posts by blueheelerhr39 →
This entry was posted in 2021, UK and tagged BREXIT, COVID19, England, RaspberryPi, Southsea, UK. Bookmark the permalink.
Loading Comments...
%d bloggers like this: