Each year Paris attracts millions of people from around the world. The population is just over a modest two million so it seems busy even at this time of year. 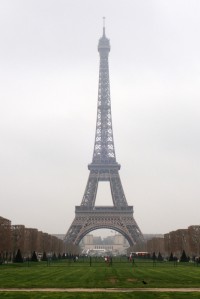 Of all the cities visited on this trip, Paris is the only city we’ve previously visited. Mind you, that was twenty five years ago. Paris still looked the same to me, although at this time of year the trees had no leaves and flowers were just beginning to bloom. There’s also hundreds of people on motorised scooters whizzing around.

Day nine of our ten day Interrail pass. The train trip from Koblenz took us through Luxembourg on the regional trains, then we caught a TGV train from Nancy to Paris, travelling up to 320kmh. It’s important to reserve seats on the TGV as they only allocate a certain amount of Interrail tickets. After which you’ll need to pay full price which may be hefty.

Accommodation is expensive in Paris, but we found a tiny little apartment within walking distance of Sacré-Cœur Basilica in the suburb of Simplon in the 18th arrondissement.

The place had a small kitchen, very small shower and a slightly uncomfortable bed. But it was clean and warm and handy to transport with a pizza shop across the road. Tourist transport tickets are available, but a book of ten single tickets for 14.90 Euros was a better option for us as we enjoy walking around as much as possible.

As we’d visited most key attractions during our first visit to Paris (Louvre, Versailles, etc), this time, with only a weekend, we spent time walking through the streets, picnicking in the Jardin des Tuileries sipping from a bottle of Bordeaux, dodging fraudsters, eating crepes, drinking Pelforth beer at a nearby brasserie, and finishing off the day with cheese, baguettes and Merlot. Merveilleux! 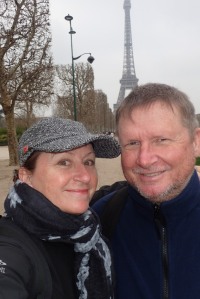 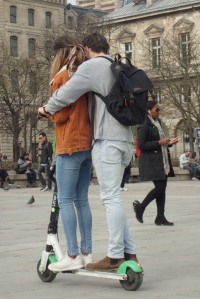 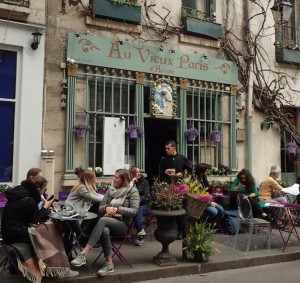 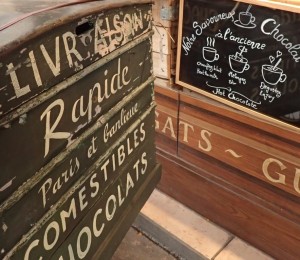 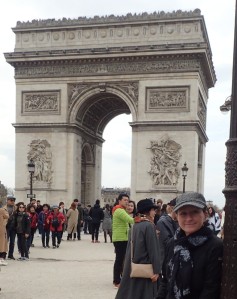 Sacré-Cœur Basilica is the highest point in Paris and the views of Paris are good, but it was a little hazy the day we were there.

Despite yellow vest protesters causing problems for train schedules and along the Champs Elysses, we didn’t have any problem.

While I would have liked to end our trip on a weekend in Paris, there’s one more place we must stop at before we head back to Blue Heeler.

Photo below: Lunch in the park, Paris style!

Lunch in the park!